Why the Church must learn to speak about the ecological crisis 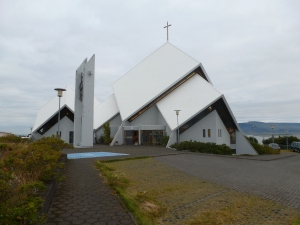 I have just returned as the Scottish Episcopal Church representative at the Anglo-Scandinavian Pastoral Conference, hosted by the Evangelical Lutheran Church of Iceland, in the town of Seltjarnarnes close to the City of Reykjavík. The theme of this year´s conference was ‘Theology and the Environment’.

We heard from a meteorological scientist who made it clear from his scientific record that the enormity of the evidence leaves no room for the unsubstantiated opinion of those who deny the existence of global warming, so we must accept that accelerating climate change is in the main caused by human activity and that its effect will not be universal or linear.

The response by the theologians put into context the physicality of Iceland, an island with wild landscapes geologically still in formation (the Barthabunga volcano was rumbling to the east). Also one of the main livelihoods is fishing and the sea is evidence of the indifference of nature to human life. This physicality and its inhabitants’ way of life, with the sea as symbolic of ambivalence of nature, makes Iceland a place of radical uncertainty but also provides relevant connections. What is interesting about Lutheran ecological spirituality is that it is averse to seeing nature, objectifying it in other words, and consequently devaluing creation. The prayers, psalms and hymns sensitively hear the Word of God, giving a rich perception of communication from God, revealing that God is in, with and under all things. Lutherans therefore hear the sighs and groans that St Paul speaks of in Romans 8, renewing their hunger to do what is right and good.

Some of us were not convinced by the ecofeminist arguments put forward in one of the papers. The core concept of women being identified with nature and suffering the same devaluation, risks essentialising women and creating the same dualism that women seek to overcome. This said, the second paper which focused on the influential work of Sallie McFague, a mainstream Protestant, helped to restore some balance. 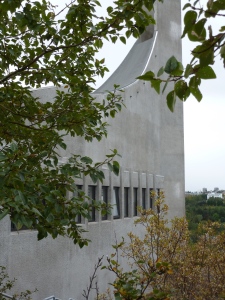 We are at the mid-point of our conference considering ‘Theology and the Environment’ and I have been reflecting on the Christian view of humankind’s role in nature. Creation is not solely for the benefit of humankind. Its value is in relation to God directly, to glorify God and to bring our Creator delight. We are at the centre of God’s creative purpose and we have been assigned a specific role of steward.

If then I am a steward of nature, whilst I see nature from a human perspective, I am unlike those who wish to dominate nature. I recognise definite limits. I am entrusted with the use of nature, not with its entire consumption. And this stewardship role has a servant dimension because I have a duty of care for organisms other than humans, so I set limits on my use. Unfortunately there has developed a perspective within the Christian tradition that has encouraged some to adopt a more human-centred view that has led them to abuse the environment.

Is this human-centred view a true representation of God’s commission? Does it not ignore the earth’s essential interrelatedness? Are not animals sentient creatures, conscious, aware, capable of feeling? Nature is an complex interplay of life forms, having its own expressiveness and intrinsic value. Although I am separate from nature and free to have a conscious relationship and ethical attitude towards it, if my view is a partial one, being human-centred, am I competent to deal with all the different life forms interacting at different levels of complexity?

Perhaps even more alarming, in my view, are those who advocate global geo-engineering projects to resolve the crisis. This alarms me because it suggests that they are still locked in a culture that taught them to believe they are almost godlike, blessed with all the answers to our planet’s problems. The earth is not a scientific or technological problem to be solved; it is a living being and if it has become damaged because of our exploitation, if it is wounded because we have failed to respect its sacredness, then we must go back to the root of our relationship with the earth.

I am an integral part of nature. I respect other organisms, not only because of their intrinsic value but because of the countless relationships and balances that exist between them that have a value greater than their use to me. I recognise that God is revealed in creation, clearly seen and understood because, as the lesson from Isaiah reveals, God does not dwell in splendid isolation but is the Holy One of Israel, active and with us.

When the disciples brought the deaf man with the speech impediment to Jesus, he “put his fingers into his ears, and he spat and touched his tongue”. Then Jesus spoke to the man saying in Aramaic, “Ephphatha!” which means ‘be opened’. Jesus is opening all the senses of the man. He can now hear and ‘speak plainly’ so that all can understand him. Once again, Jesus is being revealed as the sign of God’s love breaking into the world, breaking down barriers and conventions. The Word is out and 1st century Palestine is astonished.

God is a creator of unlimited love and compassion. The destiny of humans, as of all intelligent creatures, is to ‘be opened’, liberated in other words, to share in the divine nature. Science tells us that we live in the midst of a new consciousness that the microcosm and the macrocosm are one. We are becoming aware of life’s interrelatedness. What we do to nature, we do not do in part. We do it to the whole. We are joined together in a common purpose.

Mark’s Gospel is about the kingdom of God coming on earth through the life, ministry, death and resurrection of Jesus. It is a political Gospel. Jesus wanted to keep the healing of the deaf man secret because he did not want the news to leak out just yet. He wanted to wait until the right moment.

The Christian faith offers a distinctive perspective on political issues and the Church has every right to articulate such reflection on matters concerning care for creation, economic justice and world peace. But the secular world does not want to hear us. They would prefer that we retreat into our private devotions. However, the earth is in distress and is calling to us to respond, as individuals and communities with ideas and action. And we can do this with confidence, as Paul says in his letter to the Corinthians, because our qualification to speak comes from God, and God alone.

But it is not all about politics. There is the spiritual dimension of life, knowing that we are all part of one spiritual being. It seems to me that the new spiritualities focusing on stewardship, justice and ecology, all help us to repair our broken relationship with nature. This is a universal spirituality. It is shared by other religions and with larger social and environmental movements and science. We need to be in conversation with all of them.

Through the death and resurrection of Jesus, God unmasked ‘the powers that be’ that would conquer and ultimately destroy us. Peace and wholeness in creation is has been embodied in Jesus Christ. The biblical witness to Jesus the Christ reveals the true extent of our human potential. It is Jesus who calls us to this radical discipleship. In Him is life.

The sacrificial generosity of self-emptying, the death of the ego-self, and the regenerative possibilities of the incarnational story, nourished through liturgy and worship, allow us to make connections with structures of meaning and value in the universe. Our imaginations have been captured by the story of Jesus and through our imagination and reason, informed by biblical wisdom, we can learn to reverence one another and reverence creation. Jesus lifts the veil of dominance from our eyes, gives us ears to listen and unstops our mouths. We are called from a place of sacred wholeness and reverence to take up again our ancient and sacred duty of guardianship of the physical world.